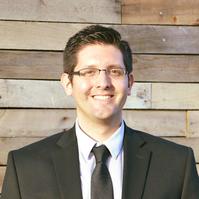 I am Emilio Sanchez, head choir director of Rodriguez Middle School!  I am looking forward to working with the students to create music and to build the choral program here at RMS.

A little about me:
I grew up in Mansfield, TX where I went to school and began discovering my love for music and performance.  I began in 6th grade band as a percussionist, and continued into high school marching band where I played on the drumline.  I loved band, but soon discovered that I wanted to learn and know more about music.  I then joined the Mansfield High School choir my junior year of high school, and that is where my passion for teaching began!

I attended the University of Texas at Arlington and received my Bachelors in Music Education.  I learned so much while there, especially being a "late choir bloomer."  I had many wonderful experiences singing in the A Capella Chorus at UTA, as well as choir tours and trips!  I graduated in the Fall of 2011.

Soon after graduating, I was hired in Sheldon ISD where I taught at both Null Middle School and C.E. King Middle School.  We attended the Splashtown Choral Festival and received a Superior rating!

The Rodriguez Middle School Choir has experienced growth as a program, growth as musicians, and received awards at the UIL Assessment, as well as Superior Ratings at the Sandy Lake Choral Festival, the Epic Waters Choir Festival, and the Trinity Music Festival.  We will continue to grow as musicians and to achieve all that we can! 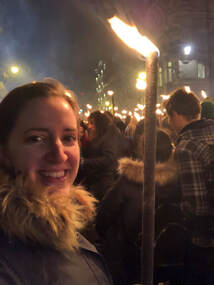 After graduating from UNT with a Bachelors in Music Education, Mrs. Taylor began her teaching career in Denton ISD in 2006 at Paloma Creek Elementary. Mrs. Taylor then moved to Kansas State University to pursue graduate studies. From 2011-2019 Mrs. Taylor lived in Dallas and was the Children’s Music Director at First Presbyterian Church of Dallas and from 2016-2019 was the music teacher at Moss Haven Elementary in Richardson ISD. In 2019, Mrs. Taylor and her husband, Joshua, moved their family to Iona Scotland to serve as the musicians at the Iona Abbey. Mrs. Taylor is excited to start her first year at Rodriguez Middle School as the assistant Choir Director with Mr. Sanchez and is looking forward to getting to know the Viper Choir. In her spare time, Mrs. Taylor enjoys spending time with her two girls, Hannah and Catherine, her loving husband, Joshua Taylor and their pets, Teddy, Buster and Sparky.